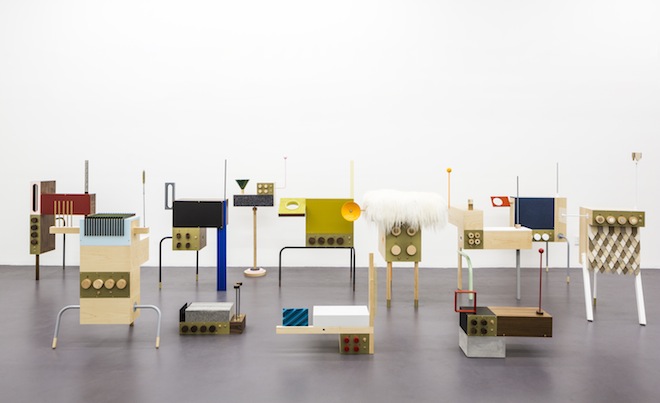 One of the primary reasons the tumultuous love affair between Ingrid Bergman and Gregory Peck, who play Dr. Constance Petersen and John Ballantyne in Hitchcock’s 1945 psychological thriller Spellbound, is so fraught is because the good doctor’s object of desire might not be who he appears—a troubled, slightly amnesiac hunk who stumbles into her life and steals her heart—but a murderer who just might claim her as his next victim (cue the dun, Dun, DUN!!). Upon first viewing, you might attribute your hand-wringing to Bergman and Peck’s acting, which, while very fine indeed, failed to receive an Oscar nod, even though the film was nominated for six others that year, including best picture, best director, best cinematography, best supporting actor, and best special effects—none of which brought home the gold. But the Academy, to its credit, did recognize what is arguably the film’s finest performance, and conferred Spellbound’s single statue to its composer, Miklós Rózsa. Had Rózsa dedicated his first acceptance speech to the instrument responsible for creating the nervous energy and eerie quality that keeps the audience on edge throughout the entire film, he would not have recognized such usual suspects as the screeching violin, notable for sending viewers into hysterics a la Pscyho; or the bracing brass horn that, when blown at an opportune moment, can send a shocked filmgoer’s ass into the air. No, Rózsa had only one instrument to thank: the theremin. 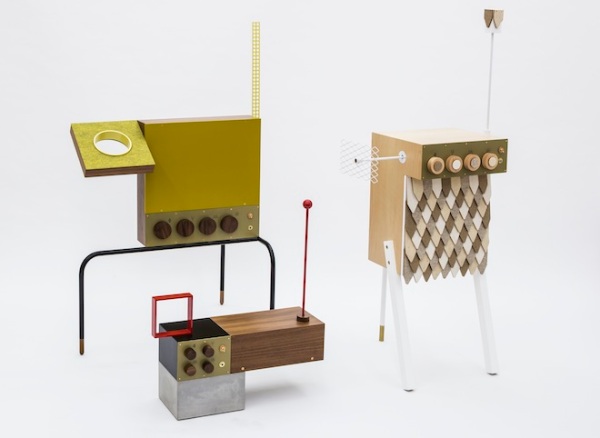 Created almost by accident while Russian inventor Léon Theremin was developing experimental spy equipment for the government at the beginning of the civil war in 1917, the theremin marks the birth of electronic music. There are no strings to pluck, no keys to strike, just two antennae and an electromagnetic field. It’s the only instrument played without any physical contact whatsoever, which makes it both approachable for musical newbies and also extremely difficult to master. When played by a trained thereminist—of which there are few—the sound produced is somewhere between a violin and a female opera singer’s voice. Russian composer Dmitri Shostakovich was a fan, and Vladimir Lenin apparently loved it so much he gave Theremin his blessing to show off the instrument on a buzzy world tour that prompted RCA to buy the rights and send it into production—only to sell less than 500 units.

And yet as little as the theremin has pervaded mainstream music, you’ve been listening to it for years—you probably just didn’t know it. After Shostakovich, a few rock stars tried it out for a spell. Jimmy Page played one during some of Led Zeppelin’s live performances; Brian Jones used it on two Rolling Stones’ albums; and The Beach Boys’ played it all over “Good Vibrations.” If you’ve seen Billy Wilder’s The Lost Weekend (1945) or Cecil B. DeMille’s The Ten Commandments (1956), you’ve been moved by its almost other-worldly qualities. But for as many “legitimate” movies it’s scored, there are countless instances of it being used to mimic a UFO (or at least what we’ve decided one should sound like) in mid-century sci-fi flicks, relegating it to nothing more than a space-age oddity. 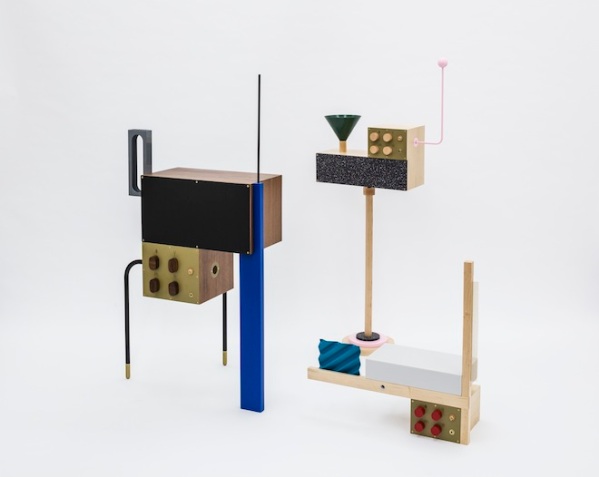 Why did the theremin fail to transcend the kitsch factor Hollywood bestowed upon it? Why did it never captivate an audience outside of audiophiles? Was it a lack of sex appeal? Other electronic instruments were gaining popularity, but the rebellious teens buying electric guitars weren’t also plugging in their theremins, turning the volume up to 11, and giving mom and dad the finger while they shredded its invisible strings late at night.

The theremin may be more band geek than rock band, but every now and then it has a surprisingly cool moment. At the recent “Odd Harmonics” exhibition at the Judith Charles Gallery in New York, a family of 12 gussied-up theremins by artist and designer François Chambard comprised part of a group show that included a disparate selection of paintings, instruments, LPs, video, and live music performances arranged to announce the launch of curator Allen Farmelo’s new label, Butterscotch Records. But the show was hardly ever referred to by it’s official name, and became known instead as ‘the theremin show.’ 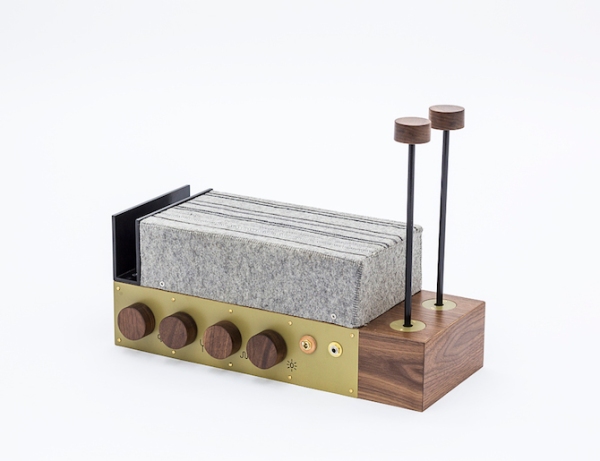 It’s easy to see why. Created in a variety of bold, rectangular shapes painted in strong colors and adorned with playful accents like felt “feathers” (for an owl-like theremin) and sheepskin “hair” (for one that looks like a yeti), or inspired by the Russian Constructivism prevalent at the time the theremin was invented, each of the fully-functional instruments look more like characters in a children’s story than the pared down, skeletal kits sold by Moog. In fact, they take after the original theremin, which housed the electronic parts in a black, waist-high wooden unit that looks more like an early upright radio console or a child’s roll-top desk than any kind of instrument the world had ever seen before. Like Theremin, Chambard’s first attempts at building the instrument resembled things familiar to him–namely, furniture. But unlike the withdrawn Russian inventor, Chambard is a spirited designer and craftsman who injects a sense of humor and warmth into even his most industrial work.

Even if their physical presence hadn’t overshadowed the other work on view, they easily outperformed everything else in the room. Unlike the typical hushed gallery experience where art is expected to behave like obedient children (seen, but not heard) here visitors were greeted by a range of discordant electronic tones, from UFO-like woop-woop-woooos to harsh spurts of static made by untrained hands waving wildly through the air. Patrons unsure of how to play yanked the beautifully crafted yellow and pink knobs and pulled the exquisite mesh and metal antennae like slot machine handles. Fortunately, Chambard favors materials capable of withstanding such abuse, and by the end of the exhibition each of the pieces were still, unbelievably, in pristine condition.

While the show was well reviewed by a slew of art, design, and music publications, including the Times, Wired, Cool Hunting, and Core77 (and Farmelo even flew out accomplished German thereminist Carolina Eyck to give a performance in the gallery) it probably did little to bolster the theremin’s reputation. “The fact that it hasn’t been embraced in the US as a serious instrument is an indication of how quickly the ‘serious’ music world will reject something because it’s been used popularly,” said Farmelo.

For both he and Chambard, however, the theremin was simply the catalyst for a multi-media exhibition that sought to bridge highbrow and lowbrow music conventions in a single space, the result of which is a confused effort Chambard calls “provocative blur.” Oddly enough, the very reason the exhibition fails to make this much clear is because it’s so spectacular. Chambard’s theremins are undeniably electric; with 12 of them together in a room, none of the other work stands a chance of being noticed. Made in all seriousness to be playful, they, better than anything else Farmelo presented, embody his high-meets-low ambitions.

“Like any good work, Francois’ transcends any simple classification. It’s too good to sit comfortably in any one category. They are other-worldly. ” Léon Theremin would probably agree. Frankly, he’d just be flattered anyone was still talking about his life’s work. After 10 years at the Moscow Conservatory of Music spent building theremins and teaching students how to play them, the Conservatory’s managing director suddenly banned the instrument, declaring “electricity is not good for music; electricity is to be used for electrocution.” Theremin wasn’t exactly the defiant type, and instead of putting his foot down in defense of his creation, he spent the rest of his quiet life traveling and occasionally trotting out his invention for small, appreciative crowds.

Chambard’s versions may meet a similar fate as each is sold off to private collections, but in one sense his theremin sculptures are actually quite daring. A leader in the design community, Chambard could choose to spend his time producing more of his commercially successful furniture and have a very comfortable life, but he seems poised to break out from the pack. With equal footing in the design, music, and art scene, he could go any which way. But no matter what his next venture, he is, by Farmelo’s estimation, “a true artist. He belongs in the art world as much as anyone. He wants to destroy what he’s done in order to cover new ground. [His] theremins are the best example of a defiance of genre, and that’s very exciting.”